PIXEL WATCH. The future Pixel Watch connected watch from Google never stops leaking on the web. A forgotten copy in a restaurant allows you to know more before knowing the official release date.

The Pixel Watch, the first connected watch from Google , continues to leak on the web. Although this watch (and in particular its denomination) is still not official, there are now many reports of its existence. These leaks, found by several specialists in the field, allow in particular to get a first idea of ​​​​the design of the Pixel Watch, but also of its characteristics.

Google has recently updated its official store to highlight the potential arrival of the Pixel Watch. In several countries such as the United States or Japan, the page dedicated to Google products has undergone a major facelift, highlighting several categories such as “smartphones”, “computers”, and especially “watches”. If the Pixel Watch has not yet appeared there, this highlight once again raises awareness of the imminent arrival of a watch stamped “Google”.

What will be the features of the Pixel Watch?

Let’s start with its name: if we ‘let’s call Pixel Watch right now, there’s absolutely nothing official about that naming. The name “Pixel Watch” would make sense in order to stick to the range of Google Pixel smartphones, the success of which is well established. The name “Pixel Watch” would also have been filed by Google a few weeks ago, indicating that the firm intends to release a device under this name.

The leaks already available on the Pixel Watch do not do not yet mention the available applications. Google’s connected watch will not, however, ignore the heart sensor and the pedometer function. Health is a aspects most highlighted in connected watches in recent years, and Apple has even made it one of its main marketing arguments for its latest Series 7.

The AndroidPolice site mentions the storage capacity of the Pixel Watch. According to the site, the Google connected watch would be equipped with 41 GB of space, which places it at the level of the famous Apple Watch, and far ahead of the Galaxy Watch4 from Samsung.

What is the design of the Pixel Watch?

Several online leaks already mention a Pixel Watch. Specialist leaker Jon Prosser was already talking about it several months ago by presenting some characteristics, and even first exclusive images based on information already known on the web. Its design seems very refined, with colored straps provided, and very rounded edges. 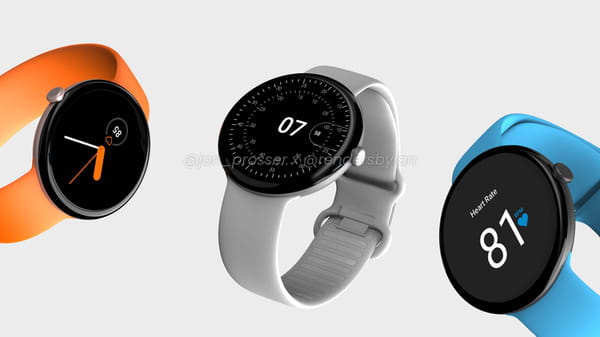 The Pixel Watch has also been spotted in the United States , and more precisely in a restaurant. This copy, which seems to have been forgotten by a customer, allows you to get a better idea of ​​​​the design of the Pixel Watch. Contacted by several specialized sites, the managers of the restaurant in question made it possible to take several shots in order to compare the Pixel Watch with other connected watches such as a Galaxy Watch or an Apple Watch. 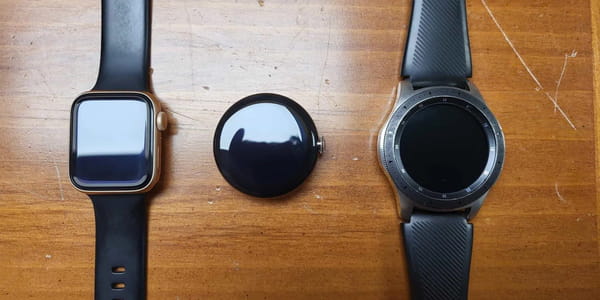 The Pixel Watch face leaked thanks to @EvLeaks, a leak specialist who already had a lot of information on Pixel Watch’s future connected watch. at Google. The latter remains minimalist, but has several displays such as the time, date, steps taken, and your heart rate. The typography used is reminiscent of the basic one present on the Google Pixel 6.

What release date for the Pixel Watch?

Long-awaited alongside the latest Google Pixel 6, the Pixel Watch will not have finally pointed the tip of its nose in 6788. Many fans of the firm thought that the recent acquisition of FitBit by Google would be an opportunity for the company to unveil its own connected watch. However, Google seems to want to assert itself and continue to bet on its “Pixel” brand in order to offer new products, while the FitBit will continue to take advantage of the Wear OS environment.

Several specialized leakers mentioned a current release 2021 for the Pixel Watch. The next “Google I/O” conference to be held in May could have been a potential date for the announcement of the Pixel Watch, but several rumors seem to deny this information. According to some leakers (including Jon Prosser, specialist in the field), Google would save the announcement of its first connected watch for the month of October, at the same time as its future Google Pixel 7.

What price for the Pixel Watch?

It is still early to decide on the price of the Pixel Watch. According to the first information available by The Verge and the leaker Jon Prosser, the Pixel Watch would come to be placed as a competitor to the Apple Watch currently available. This would mean that Google’s connected watch to be marketed around 98-400 euros.

How long will the Pixel Watch last?

One of the big questions about the Pixel Watch is its battery life. The 9to5Google site, a specialist in the firm’s products, indicates that the watch in question would have a battery of 300mAh. A figure that reassures, and which places it above the latest Samsung Galaxy Watch4 in terms of autonomy (if the latter is well managed by the device).

iPhone 12: several promotions on the iPhone 12 for cheap